Today after a two hour eye exam (that's excessively long, right?) I went to a friend's house and we kind of poked Halla's comfort zone without making her feel totally attacked, and she dealt with it pretty well. She relaxed after each exercise and toward the end was licking and chewing more and more. But also still mentally checking out at random moments.

Here we were curious if she was hobble broke, so we tried it. It seems like she's not, but she didn't over-react. 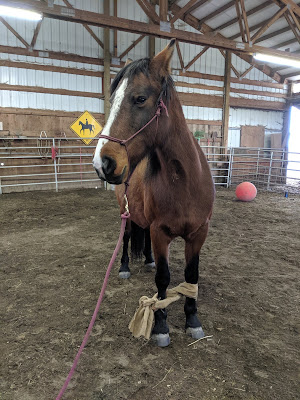 Overall I think it was a positive experience for her. She needs to get out as often as possible, poor thing, and learn how to cope.

When we got home I put her back in with the donkeys. I had taken her out thinking she was the one pulling Buster's hair out, even though that seems out of character for her, but it's definitely Juniper doing that. Those two play rough. This way I'll have all my projects in one place. Plus they like it this way.

I was going to pull Buster out right away but he walked off and Juniper intrusively volunteered to stick her head in the halter, which is a little uncharacteristic of her, so she got to come out. I've had her out almost not at all in the past year. She thought it was pretty dumb when I tied her to the trailer. I groomed her grody self and threw a saddle pad up there. She was uncomfortable enough with it that I just showed her the saddle and then took her for a wander to find some treats. 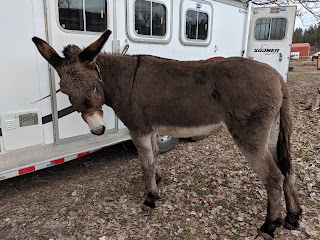 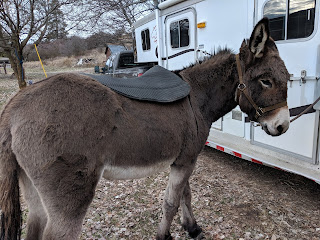 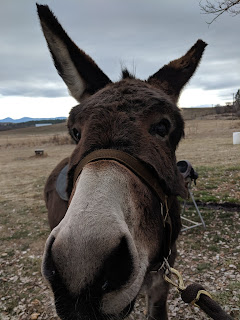 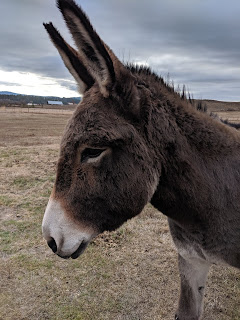 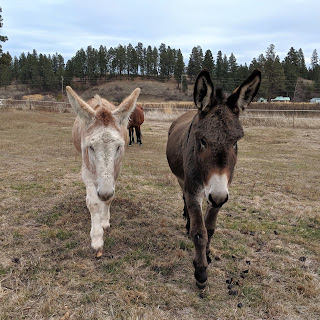 She's not much smaller than Buster. I see saddle training in her future. 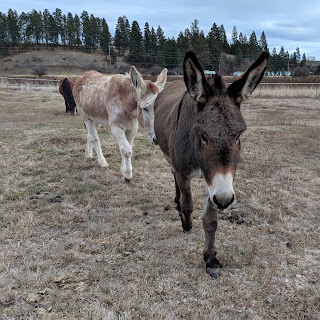 I absolutely need to find a lighter saddle. I weighed Buster's mule saddle without the heavy britchen and it's 38lbs! No wonder I threw my neck out the other day. Poor buster, he doesn't need to carry that. I'm having trouble finding a used cordura version of that saddle (or rather, I can find them, but getting people to communicate is near impossible). So I thought I'd try the grippy cinches from that saddle on my EZ Fit saddle and see if it would not roll when I mount up. It still rolled. My cinches were a bit loose though. Can you see what else is wrong? I didn't catch it until after I mounted up from the off side. 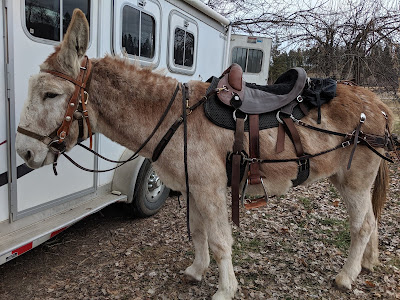 Buster was more mobile and adventurous than usual today but we still spend a lot of time just sitting here thinking. 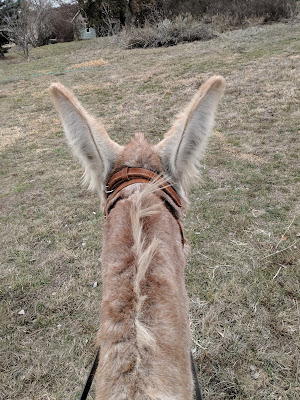 Juniper seems to like standing on Sawyer's grave. Buster likes to move the dirt around there, too. 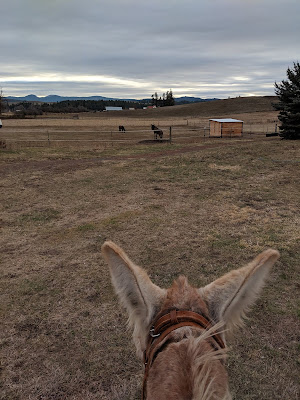 The stuffed panels on the EZ Fit are moveable. This is the rear of the saddle, underneath. The panels were so close together at the back that those 2 white lines didn't quite show. I thought that was too close to the spine so I widened the gap a tad bit. We'll see if that makes a difference for his saddle slippage. I should also cinch up better next time. I don't want to have to cut him in half, but I could get my hand under both cinches today. I need to be able to mount from the ground. If I can make that happen, maybe we don't need a new mule saddle. 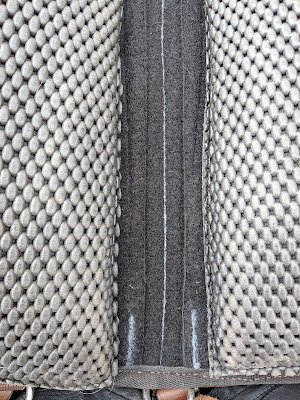 In other news, we have meat rabbits! Three does and a buck. They're pretty cute. Rabbit is very tasty, and the processing doesn't have to be stressful. 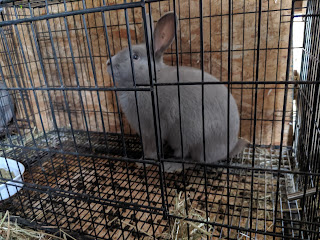 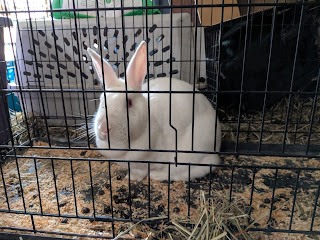 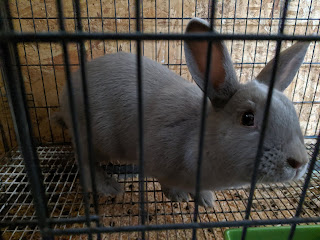 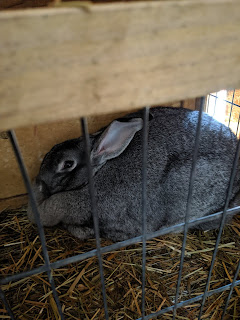 I'm not sure if I've mentioned my insulated, waterproof riding skirt. I love it! It's easy to put on and take off to do chores, lightweight, and I totally forget about it when I'm riding. Get yourself one!
https://www.etsy.com/shop/HorseRelatedGifts?ref=search_shop_redirect 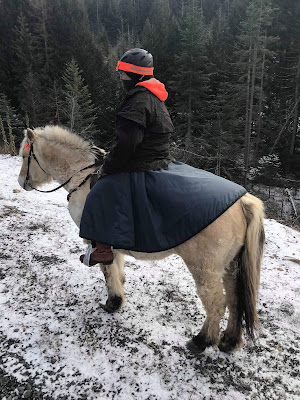 We went for a snowy ride the other day. I rode a friend's horse, Louvisa. It was nice not to have to haul anyone anywhere. 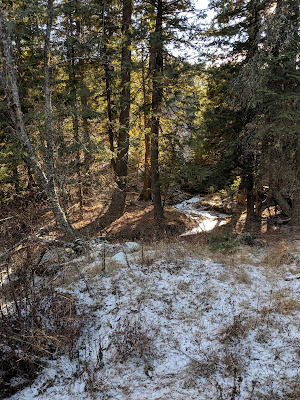 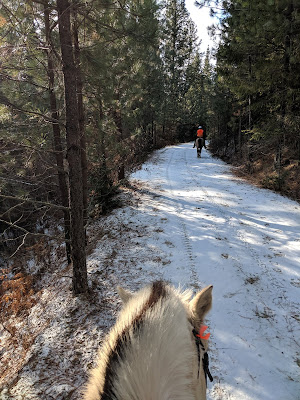