The lame and infirm 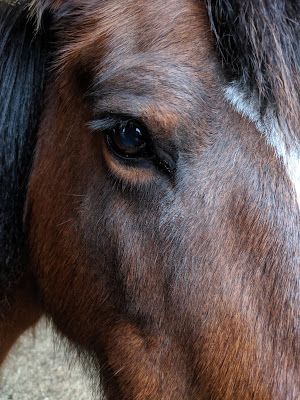 Halla was not better, unfortunately. I took her to WSU and they ruled out any breaks in the coffin bone or navicular bone, but couldn't say for sure what the problem is. They're confident it's in the lower limb, likely a lateral collateral ligament strain. She's been on stall rest for a couple weeks now, with bute and Surpass topical cream on the injury area.

She was so good at WSU! Stoic and well behaved, didn't even flinch when they did the nerve blocks. Then I brought her home, back into the windy and wild outside world, and she was like a kite on a string. Silly mare. She also likes being in a stall. Who would have thought? 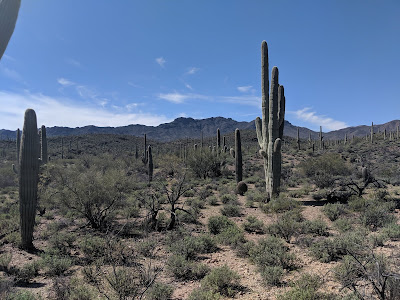 I don't know if she's doing any better because I'm not at home. What was supposed to be a 4 1/2 day vacation to the warm desert turned into over a week-long stay because I suddenly had to have my appendix out. That was fun. Admitted late Wednesday, surgery on Thursday, and they should have let me out same day but for some reason I had to stay until Friday. I'm feeling pretty good, overall. Just sore and a little tired. No opioids, which I think is actually kind of nice. I'm not all rummy. Just gabapentin and Tylenol. Crazy. And to think "back in the day" I would have just died...

We went riding at La Posta Quemada Ranch just outside The Colossal Cave, which we also toured. It's fun to be a tourist. 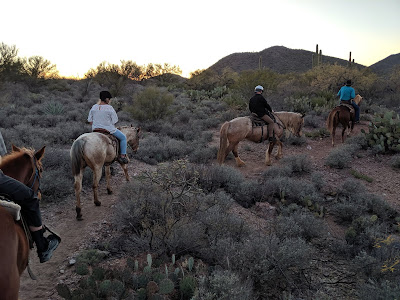 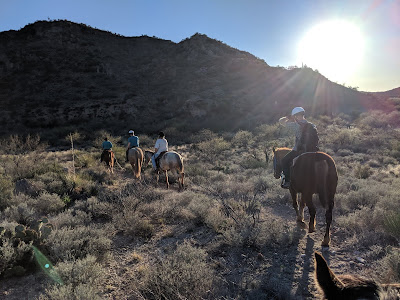 My lovely Lola, the buckskin drafty mare, was quite nice. She was more responsive than I'd expect from a dude horse. I was able to stop her to get some space to take some pics, move off to the side in a wash, stop, dismount, mount back up, etc... (I dropped my camera case). 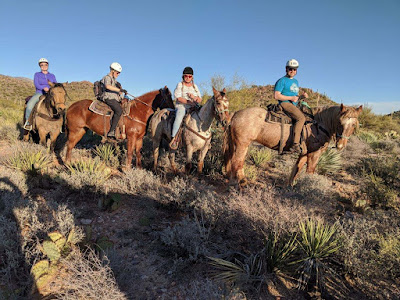 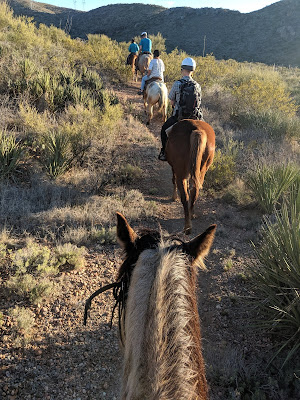 Anywho, I really like Tucson. I could totally be a snowbird. I need to downsize on the animals if I'm going to do that though. :) I don't think my parents would like me crashing their party with 3 big rowdy dogs. :D

The morning of my appendicitis (I think I'd actually been sick for a week but didn't realize it) we went hiking. I thought my stomachache would pass. We went to Sabino canyon and up the Seven Falls trail to find water. I knew we wouldn't make it to the falls, my mom was already wiped out from all the hiking and horseback riding we'd already done. And my guts hurt. We only did about 2 miles. 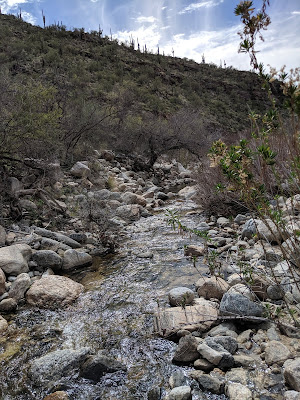 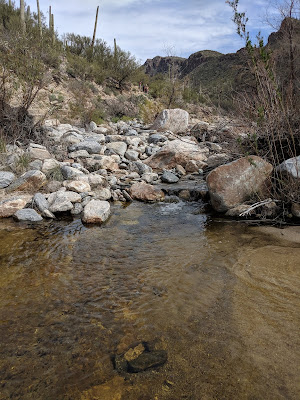 The water was cold! But it was close to 80 degrees out so it was nice. 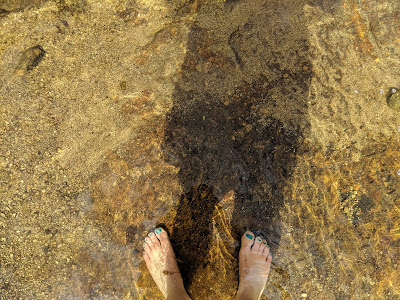 Check out this cool turquoise algae: 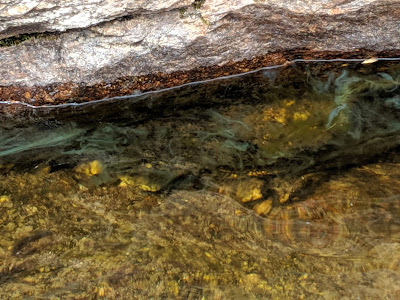 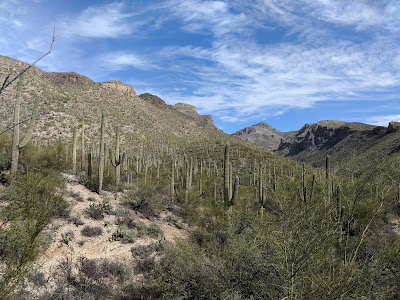 I have to say, of all the places I've been in the southwest, this area is pretty nice! Lots of interesting cacti.  Pretty white in terms of people though. Homogenous. If you want a more ethnic trip, this doesn't seem to be the place. I'd head to New Mexico if you want to meet more interesting people not like yourself. Not that I've seen much here, to be honest. Maybe I just haven't been to the right neighborhoods. :)

Today I'm headed to a town called Oracle for a Southwest Indian Art Exposition. That sounds more up my alley!

My grandfather grew up down the road between Bisbee and Tombstone, so I’ve gone back there to put a headstone on my great grandmother’s grave, but only passed through Tucson on the way. Sorry about your health emergency. Do your parents live down there?

Yeah, they just moved down last year. I think they're planning on living in my back yard all summer. That will be "interesting." :)